Come see our next great show in a safe environment!!

“Go! They need your support AND they have put a Covid plan in place for your safety.  We were not sitting by anyone, no intermission, walking out by social distancing.  Good job, playhouse.  AND the actors did a phenomenal job!!!”

“Thank you for your live performance last night of “It’s a Wonderful Life”.  It brought a great feeling of normalcy to our lives once again to be at live theatre.  Your precautions for covid were exemplary and for that we say thank you!  To the cast, the behind-the-scene crew, and volunteers, you all did an awesome job!”

-Thank you, Ken and Cheryl Walter 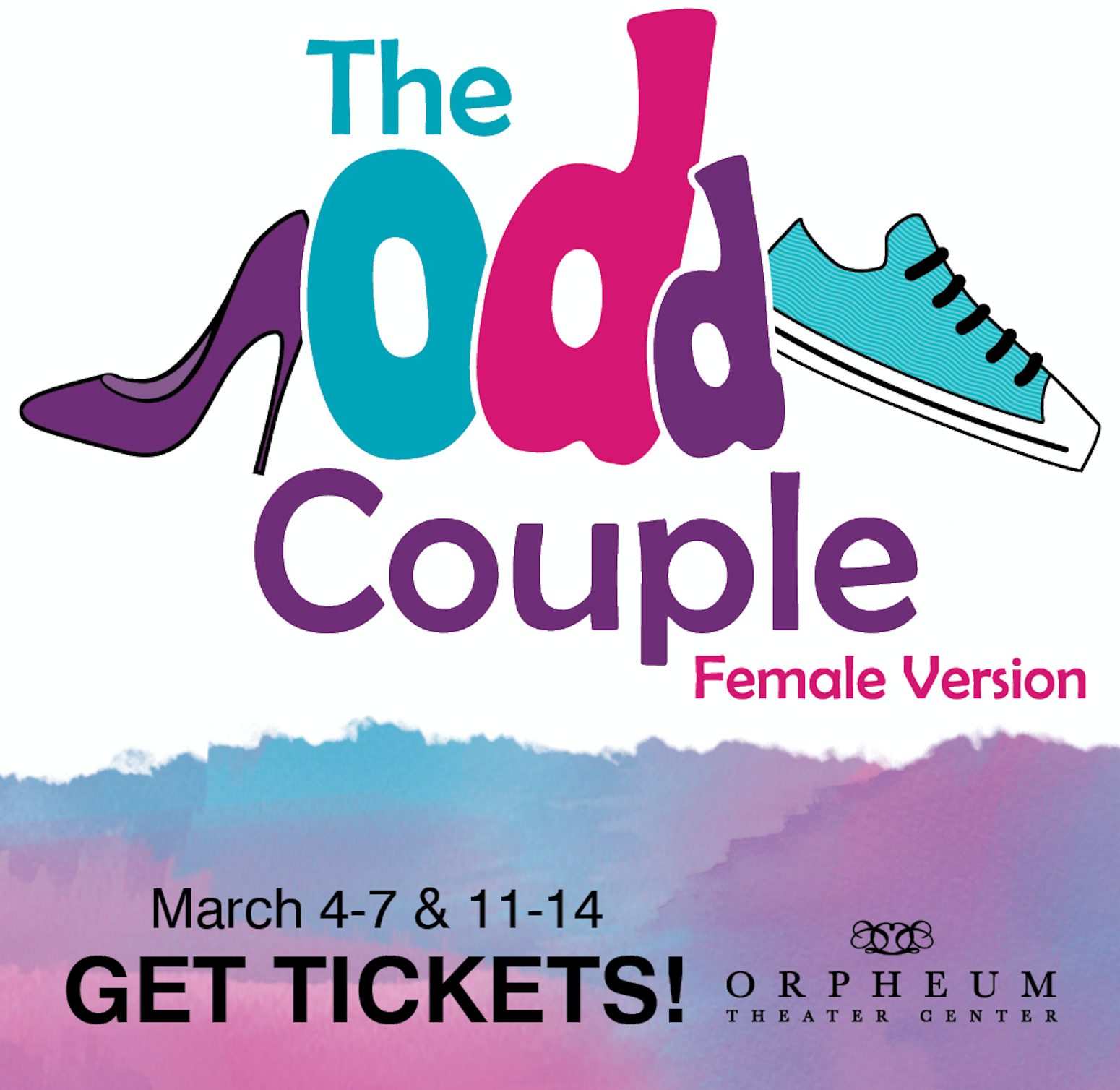 Unger and Madison are at it again! Florence Unger and Olive Madison, that is, in Neil Simon’s hilarious contemporary comic classic: the female version of The Odd Couple. Instead of the poker party that begins the original version, Ms. Madison has invited the girls over for an evening of Trivial Pursuit. The Pidgeon sisters have been replaced by the two Constanzuela brothers. But the hilarity remains the same.

Up next after The Odd Couple, Female Version in March will be Disney’s Beauty and the Beast in April/May and Footloose in June.

Tickets to all three shows are available online, by calling 605-367-6000 or by visiting the Washing Pavilion Box Office.

To be updated with all the latest news, offers and special announcements.